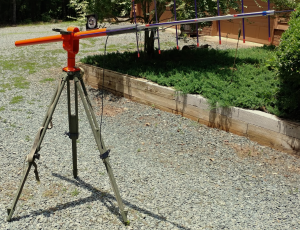 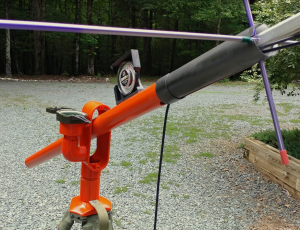 This year, the Digi mode was a good success.  Dan (KR4UB) mentioned that Digital radio mode success in amateur radio has been partly attributed to the work of Joe Taylor (K1JT), who developed the WSJT-X software.  Joe is a noble prizing winning physicist, who has focused the past two decades on weak signal communication.  Joe is the developer behind several popular digital protocols like FT8 and JT65.

Should we plan to add a Sunday lunch? Please reply to this post with your suggestions. We would enjoy reading your ideas!

Posted by Joel Dunn, KMNOU on behalf of Dan

This is perhaps most easily seen in the evolution of the Elecraft products. One of their first rigs was the K1, a small rig that was frequently toted out into the field, even though it wasn’t really designed for that purpose. It had a small form factor, but had a conventional front panel layout.

The next evolution was the KX1. This CW-only radio was designed specifically for field work. It originally only covered 40m and 80m, and had a very limited front panel, but its built-in battery pack and KXPD1 paddle made it a great choice for portable operators when it was introduced in 2004.

A big leap forward was made when they introduced the KX3 in 2012. This radio combined a bunch of features never before found in a portable rig. The KX3 features an SDR architecture and covers all modes, including (SSB, CW, Data, FM, AM); used the same full-sized LCD display as the K3; has advanced DSP features; and can be connected to a computer via USB for firmware upgrades and for use with other ham radio software. The KX3 is so full-featured that many operators use it as their main rig with a suitable linear amplifier.

At Dayton 2016, Elecraft took this concept even further and introduced the KX2. It’s about half the size of the KX3, but yet has almost all of the features of the KX3. There  was a tremendous amount of buzz over this radio at Dayton among portable operation aficionados. The base price of the KX2 is $750, and with options, will cost you about $1,000.

Of course, Elecraft isn’t the only company competing in this market. LNR Precision sells a radio called the LD-5, and at Dayton, they introduced the LD-11, which like the KX3 and KX2 features an SDR architecture and covers 160m – 6m. This radio goes for about $800, and has also proven to be popular among portable operators.

Dayton also had a number of exhibitors that supplied products other than radios to aid portable operation. There were several portable antenna manufacturers, including Buddipole (buddipole.com) and PackTenna (packtenna.com), and BiEnno Power (biennopower.com) was also there, showing off their new lithium-iron batteries,

While radios like the KX2 and LD-11, at relatively low prices, allow operators to easily get out into the field, portable operation would not be as popular as it is without organized activities. Programs like the Summits on the Air (SOTA, www.sota.org.uk, na.sota.org) and the National Parks on the Air (NPOTA, npota.arrl.org) make portable operation even more fun. These programs do this by providing a structure in which operators can find one another and gain awards for operating. SOTA did not have a booth at Dayton, but NPOTA was a big part of the ARRL section there.

If you aren’t already a portable operator, you should give it a try! You don’t have to invest a bunch of money in a rig to just try it. KX1s have been had for less than $400, and simpler QRP rigs cost a lot less. Getting outside and operating in the fresh air is a lot of fun and could give you a whole new perspective on amateur radio.